“Menina e Moça”, a bookstore-bar in the heart of Lisbon bohemia 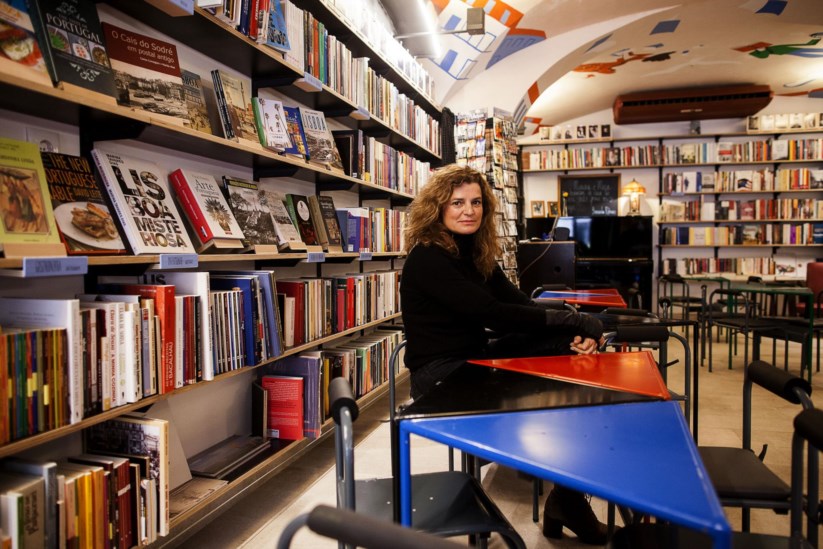 New space at Cais do Sodré wants to bring Portuguese-speaking authors to places and tourists in an environment that evokes this bohemia where literature so often flourishes.

Entering the “Menina e Moça” , Cais do Sodré’s new bar-bookstore, is to be invited to review old friends and get acquainted with new ones – some made of paper, others made of flesh and bones – while having a coffee or drinking a glass Of wine. The space now inaugurated in Rua Nova do Carvalho, in Lisbon, has as its sole rule the Portuguese language and wants to bring it closer to Lisbon and foreigners.

“This is a tribute to the Portuguese authors, the Portuguese gastronomy and the city of Lisbon”, says the owner, Cristina Ovídio, who has been creating a close relationship with Portuguese literature throughout her career in the edition, first at the Oficina do Book, later in the Planet and, more recently, in the Author’s Club, where he works with authors like Mário Zambujal, Miguel Sousa Tavares or Clara Ferreira Alves. “We want this to be a space for cultural animation, reading and discussion, and a meeting between different generations,” he explains.

Come to visit Portugal having access to unlimited portable internet, which you can use at any place in Portugal.

At first glance, it may seem unusual to see a bookstore appear on a well-known Lisbon night street, but it was the frequent marriage between literature and bohemia that Cristina Ovid wanted to explore. “It would be difficult to find another place that was associated with bohemia, tourists, the dissemination of Portuguese authors to tourists, but also lusophony and wine,” he clarified, adding that “it is good that there is a space here that provokes some provocation.” Also, the shelves of the Girl and the Girl are a tribute to the Cais do Sodré, being wrapped up in a fishing net that has the double function of “protecting the books in case of flood.” Color is a constant in the bookstore designed by Architects Henrique Vaz Pato and Pedro Quintas, but the look of those who visit it is especially on the ceiling, where boats sail and fly balloons authored by the illustrator João Fazenda.

We use cookies to ensure you have the best experience on our site. By browsing the site, you agree to its use. Please also read our Privacy PolicyI ACCEPTRead more